This is the only logical explanation…. And Really Kevin?!?!?

This time of year is so special and this traditional post from XKCD always has me in stitches.

Thinking of taking the kids to see that new Comic Book movie at the cineplex… think long and hard, it’s rated with a hard [R] for a very very good reason. Don’t be that parent that makes the rest of us feel uncomfortable throughout the whole movie. If you want to scar the little bugger, do it at home on Blu ray in 6 months.

So this is making the rounds on the Interwebs today…

Now after some post Five Guys though with Burgy the only way this could work is if the following cast was also involved:

Matt Damon as Robin as seen above 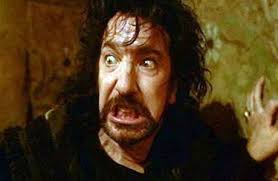 Jay and Silent Bob as their Henchman

“Why are they all wearing red shirts?”

The poster is pretty slick and the blog about how they came up with it is also cool.

I can’t believe I had not yet discovered this awesome photography based comic strip. As my old buddy Eric – AkA @Schultzter says:

(Via What The Duck.)