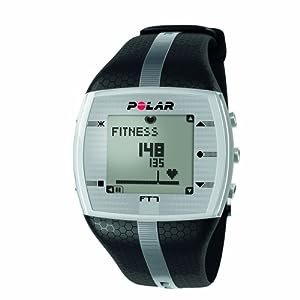 Whether you have been riding, running or skiing for a while, an essentially part of every workout these days is to make sure you spend most of the post-workout time reviewing/bragging about the workout itself. I have been using the Polar FT4 which has now been replaced with the FT7 that also includes a new EnergyPointer feature that visually indicates when you are in your fat-burning range or aerobic fitness range. It’s been a pretty robust watch, I’ve been wearing it for over 212 workout hours and the zone feature is pretty good at telling you when you have to pick up your pace a little more or slow it down so you don’t pop a gasket 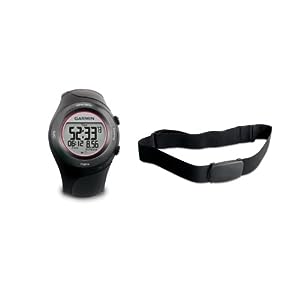 However if want to go a little more Pro and compare your heart rate to your speed, elevation, and power output, then Garmin Forerunner 410 is a pretty good deal right now at only $200 for either Amazon or Costco. (We’d prefer if you went with Amazon of course, link below). And it can sync right up to the Strava web site so you can go crazy studying you power output without spending thousands on a SRM. The nice thing about the Forerunner series over the Edge is that it’s an excellent unit for anyone who does more than just cycle. Being a skier I am really consider picking one up soon. Of course it is my Anniversary and 40th Birthday coming up. Hint Hint.